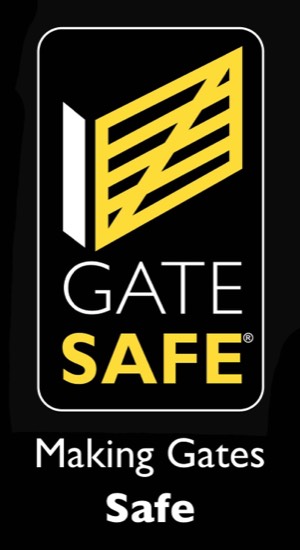 One of Gate Safe’s founding principles is to provide information to installers – and other professions linked to the gate automation sector – in an easy to understand, non-jargon format.

With that in mind, we’ve created this easy-to-follow glossary to explain in plain English some of the widely used technical terms which relate to an automated gate or barrier installation.

Anti finger trap
Strip that is installed on swing gates between the gate post and gate hinge to prevent trapping.

Articulated arm
An articulated arm motor has a hinged arm – the motor is attached to the post or pillar and the end of the jointed arm attaches to the gate itself.

Barrier skirt
Skirts are fitted under the barrier arm to deter pedestrians from using the walk way.

Bi fold gate
A bi fold gate is similar to a swing gate however is split into leaves that are joined by special hinges. As they swing open the leaves concertina together and fold open. they are often used at high speed gates so additional safety is required, also called speed gates.

Cantilevered sliding gate
Sliding gate can be either single or double leaf the cantilever gate will not run on a track it will be supported by portals and rollers, ideal for uneven ground.

Coded card reader
For security of the site to prevent unwanted access, cards are issued to authorised personnel for access and exit.

Control cabinet
Electrical housing located near to the gate which will house all of the control board and electrical equipment required for the gate system.

Crank arm
Used on swing gates – The metal arm which is attached to the gate is made up of two metal parts making a hinge or bend in the arm – the metal arm is connected to a motor.

Drive unit
This is the means of power to move the gate, can be called a ram / motor.

Eighteenth (18th) edition
Electric regulations and Part P are standards that all domestic and industrial electrical installations and wiring must conform to.

Electromechanical actuator
Is a type of operator, typically working with a worm drive, that can be to put on a swing gate.

Finger guards
Guards that fix to the hinge of the gate and to the gate post which prevents people pushing hands or fingers into entrapment areas.

Force testing
A means to identify the current force being used to operate a gate or barrier and used to select the correct type and size of safety device to prevent impact and crushing.

Gate operator
is a device that will automate your security gate or barrier.

Gate tethers
Safety Cable stops the gate from falling in the event of a hinge failure.

Ground loop
A ground loop is a piece of induction cable laid either in front or behind the gate (or both) underneath the surface. The cable detects the presence of vehicles above it magnetically and sends a signal to the control panel, via a ground loop detector to open and/or stop the electric gates.

Leading edge
Is the edge of the gate leave furthest from the hinge or support post – usually on a swing gate, this can also be called a slam stile for swing gates. The leading edge or trailing edge are terms to describe each end of a sliding gate.

Light curtain
Multiple strips of photocells creating a curtain to provide protection across a gateway.

Mechanical stopper Physical stop to prevent a gate from over travel and potentially falling. Used on all types of gates and vital to prevent any structural failures. All known as end stops or catch posts.

Motor
Sliding gate motor and gearbox to move the gate.

Non contact safety
A type of safety device such as laser scanner or light curtain that can halt and reverse the gate when an obstacle is in range without the gate coming into contact with anything.

Pales
Are upright infills on the gate to give it structure / decoration.

Photocells (purpose)
Are installed in pairs opposite each other across the threshold of gates, they work in pairs providing a beam of light across the entrance to prevent a gate from hitting either a pedestrian or vehicle. If the beam of invisible light is broken the gate should either stop or stop and reverse in the closing cycle of the gate. Other names are magic eyes, beams, cells, infra-red sensor, photo electric sensors. They work by sending a beam out - one receives and the other transmits. If the beam is broken the gate will stop working by sending a signal back to the control box.

Racking
Metal comb fitted to sliding gates to allow the motor to move the gate.

Ram operator
The operator is attached to the face the gate and will open or close the gates when activated and swing open.

Safety edge
Are used to guard against possible crushing, impact or shearing points on electric gates and barriers – they can be installed on any style of automated gate where there is a risk of crushing or entrapment. Safety edges are a contact safety devices which should halt and reverse or halt the gate / barrier operation on the relevant phase of operation.

Safety beams
Are designed to stop a gate or barrier from closing when there is an obstruction – also known as photocells.

Shrouds
Can be either be metal or plastic and used to cover or protect objects.

Tracked sliding gate
Can be single or double leaf and relies on a track set into the ground for movement of the gate leaf.

Vehicle gate
Is a gate designed to only allowed vehicles through – this could be a bi fold / swing gate or sliding gate in style.

Working together with Gate Safe

The guidance and recommendations on this website represent our interpretation of advice based on information from HSE, British Standards and relevant UK legislation. It is not a definitive statement and should be used in conjunction with your own risk assessment of the specific site prior to undertaking any works. GSSC Ltd take no responsibility for any works carried out by the Gate Safe Aware Installers or for any installations carried out using the information and advice given on this website. All content, trade marks, downloads and images are copyright Gate Safe GSSC Ltd